How John Lennon chose to use creativity after The Beatles to deal with the death of his mother.

Home » Uncategorized » How John Lennon chose to use creativity after The Beatles to deal with the death of his mother.
Previous Next

How John Lennon chose to use creativity after The Beatles to deal with the death of his mother.

After a Whole Foods grocery outing, Catherine and I came back to what I call “diaper”. It’s a term my brother, Bobby, defined to me in my mom’s hospital room when she was sick (we have/had — I never know how to write that anymore– the same mom and different dads). He stayed the week I think. We slept in the hospital room every night. Small. Real, real small. The hospital staff was amazing to let us stay as often and as long as we did. I slept on a pullout cot, my brother in a blue recliner, and sometimes we’d switch (we often accidentally refereed to the hospital as hotel).

Late one evening, we were chatting and I learned that my brother was looking forward to his “diaper day”. I was like, “what are diaper days??” “When you sit around and watch football and you wish you had a diaper because you don’t want to move off the couch.” “Diaper Days” have caught on in our household, having quickly morphed into just using the word “diaper” as verb. This makes us laugh, still. We have the sense of humor of 12 year old boys sometimes. Many times. A lot of the times.

I turned on the TV and remembered I had left it on CNN earlier when I found out the US announced that they killed Osama Bin Laden. After watching for a few minutes, I flipped through our DVR and nothing exciting had recorded. So, for the first time in a while, I actually flipped through the channels. The Bio Channel’s “John Lennon: All You Need is Love” was on. I LOVE The Beatles. Especially John. John was an artist. A rebel. And married an artist. And the two of them, Yoko and John, were two peas in a pod, constantly inspiring the other. 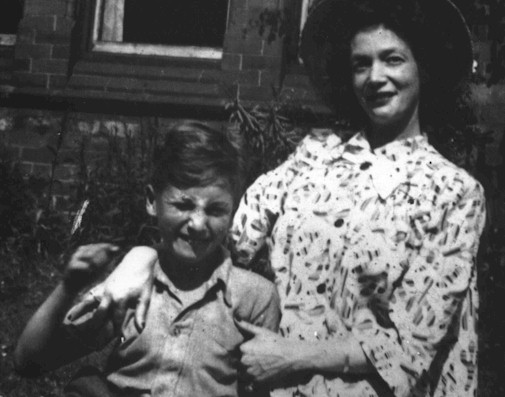 I didn’t know a lot of the details that surrounded John’s personal life. Okay, so there was The Beatles, head leader, musical genius, some Yoko, some visits to India and then drugs along the way, and oh yeah, the FAME! I remember he was a rebel and there was something different about his parents but it was never clear to me what actually happened to him.

I learned that John’s father, Alfred Lennon, was away much of the time during World War II. His mother, Julia Lennon made an attempt at raising him but was criticized her sister for being a bad mother and for also, “living in sin”. She ended up handing John over to her sister Mimi, who seemed to be able to better care for him.

After encouraging his wife to go out and play while he was away, John’s dad came back from the war and learned that she had taken him seriously. She was about to have another man’s baby! Alfred was willing to put the past behind them and help her raise the baby (now that’s one hell of a guy) but Julia wouldn’t have it. Why? Not totally sure, I will have to read more about that one.

John felt like it was his fault in some way. Even though he lived now with his Aunt and Uncle, his mother was still close and was able to visit with her often. During their time together, she encouraged him to experiment with music, even going so far as to buying him his first guitar. John found the guitar difficult so she ended up teaching him banjo and ukulele chords, which were easier.

On July 15, 1958, when John Lennon was 18 years old, Julia was killed by a car (driven by an off duty police officer) while walking back from Mimi’s, where John awaited her at the house she shared with her boyfriend.

1 Blomfield Road, the Liverpool house that Julia Lennon shared with her boyfriend. It was here that John was informed by a policeman that his mother had been killed. Photo by Richard Buskin

John didn’t see much of his dad until Beatlemania. Again, not sure why, gonna have to read more.

After learning that John basically grew up not having any parents, my feelings and love for the Beatles and John especially rose to a whole new level. He put all of his time and energy into the thing he loved – MUSIC. And after the Beatles, John was born again.

Meeting Yoko was the best thing that ever happened to him. Being an artist himself, she allowed him to experiential even more with just being HIMSELF. Yoko Ono introduced John to scream or “primal therapy“.

In 1970, the two of them started doing it with the creator, Dr. Arthor Janov. They worked for two half-days a week with Janov for four months. Janov’s therapy technique emphasized emotionally reliving repressed childhood traumas rather than analytical discussion. Lennon’s experience in primal therapy strongly influenced both the lyrical content of the album, John Lennon/Plastic Ono Band, pushing Lennon toward themes of child-parent relationships and psychological suffering, and the simple but intense style of the album’s music.

John often called Yoko “mother”, even in front of people. Lennon’s ex wife, Cynthia Lennon wrote in her book titled “John” where she discussed some of the issues surrounding his mother.

After the work he did with Dr. Arthor Janov and detaching himself from the Beatles to create a new life, John was able to express himself even more. The therapy work he did allowed him to finally create the space to write songs about his mother.

This article by Psychology Today writer Daniel J. Tomasulo, talks about the connection between that therapy and John Lennon’s healing through his music.

John Lennon’s Mother –and His Therapy
So I, I just got to tell you –Goodbye, goodbye
Published on December 8, 2010 by Daniel J. Tomasulo, Ph.D., TEP, MFA in The Healing Crowd

More than the assassination of John or Bobby Kennedy, or the shortened lives of Jim Morrison, Jimi Hendricks and Janis Joplin, Lennon’s tragedy undid us. “If you want to be a hero,” Lennon recommended, “then just follow me.” We did, and still do. How could we not follow him? We still wrestle with war, drugs, the environment, and politics. What argument exists against someone who insists we Give Peace a Chance?

But what type of childhood provides the creative drive to be belligerent for peace? As many psychologists might suspect, the answer lies with John’s mother.

The White Album (and if you don’t own it go out and buy it right now) included the first of two songs Lennon wrote about his mother, Julia Lennon. In favor of a more carefree life, she had given John to her sister Mary, and brother-in-law George Smith, to raise. Prior to this, stories from rock and rollers were about girlfriends and lovers. But this beautiful ballad was about John’s mother.
Related Links

Here is an excerpt:

Her hair of floating sky is shimmering
Glimmering
In the sun

Beautiful music; beautiful words. But the truth is John’s mother abandoned him, then was killed when he was 18; his father was absent throughout John’s childhood. Painful realities, but Lennon’s creative energy uniquely honed and focused these dynamics. His resilience, the love received from his aunt and uncle, and his creative talent came together to produce many songs about love and peace. Perhaps in “Julia,” we see the first creative effort to reconcile with his mother by attempting to transcend the pain; this was most likely a result of his venture into meditation. The lyrics and melody suggest that he may have been coping with the truth of his mother by detaching with love.

But there would be other ways of coping, alcohol and heroin among them.

Where do you turn after meditation and drugs? John worked with Arthur Janov, developer of primal scream therapy. In primal scream the neurotic tension of unmet needs is expressed and released. The approach, like many cathartic and expressive therapies, operates on the premise that repressed pain can be brought into consciousness and resolved through a reexperiencing of the issue or incident and fully expressing the resulting pain. The song “Mother” was a direct outgrowth of Lennon’s therapeutic journey. In psychodrama, which operates along similar premises, we have a saying: “The cure for acting out-is acting out.”

Primal scream therapy stopped short of identifying the need for the correction through a new enactment, but instead advocated for a scream to release the pain. In psychodrama a corrective experience is introduced after releasing the pain to evolve past the neurosis. In other words, once the neurotic tension is released through the reexperiencing, you create a new scene to replace the neurotic one. It is the creative process that is given center stage in psychodrama. So it was in Lennon’s life. In one of the most haunting tracks of all time Lennon takes full use of his new therapy.

Mother, you had me, but I never had you
I wanted you, you didn’t want me
So I, I just got to tell you
Goodbye, goodbye

Father, you left me, but I never left you
I needed you, you didn’t need me
So I, I just got to tell you
Goodbye, goodbye

Children, don’t do what I have done
I couldn’t walk and I tried to run
So I, I just got to tell you
Goodbye, goodbye

The final two lines are repeated 9 times (don’t get me started on the number 9 and John Lennon, okay?) and with a screaming, wailing, roar he resolves the pain of his parents in the only way that can be truly healing. In 75 words John Lennon summed up 100 years of psychology by grieving what he never had. The correction wasn’t simply his screaming; he did his cathartic integration as a creative work of music.

Alice Miller, a Swiss psychoanalyst, wrote Drama of the Gifted Child, which described the dynamics of children who were born to self-absorbed mothers. In essence she notes that all of the talents they display are in the service of trying to get their mother to notice them. The effort doesn’t ever pay off, and the ache is repeated with other intimate relationships where the effort is to develop great talents and gifts, but never to get the attention from mom. The solution, according to Miller, is to grieve, to say goodbye to mom. Experiential grieving, allowing yourself to feel the pain that you are not going to have your mother’s love, allows you to break free. Waiting on the other side is your creative energy.

So I, I just got to tell you
Goodbye, goodbye

Through grief and creativity John Lennon did what was needed to grow, and we were the grateful recipients.

The Beatles’ last concert was on Aug. 29th, 1966 at Candlestick Park in San Francisco, California. Their last album was released in 1970.

Nearly half a century since their last outing you would be hard-pressed to go through a week without hearing a fragment of a Beatles tune in an elevator, on the radio, in a coffee shop. Their music has become as ubiquitous as their message. Love and peace seem never to go out of style. John Lennon made self-reflection and healing through the creative process a standard. A catharsis of integration has become both the goal and the process in much of today’s music. Any one of Eminem’s songs will suffice as proof.

One of the most important things I got out of this article:

Through grief and creativity John Lennon did what was needed to grow, and we were the grateful recipients.

My question to you is, how are you using your creativity to heal?